In researching 972 Union St. in the Library of Congress’s Historic Newspaper Archive, I discovered these old advertisements featured in The San Francisco Call from
the early 1900’s, when part of the residence was offered as “rooms to let” or a boarding home. As we really enjoy weaving a story into a home, this posed a great opportunity. So I produced this marketing piece for open houses and social media. I think it’s super cool! Hope you enjoy. Each home has its own story.

An excerpt from Living Downtown describes this common practice: “Boarders slept in the house and also took their meals with a family; lodgers slept in the house but took their meals elsewhere. Entire families boarded—often parents or single mothers in their late twenties—but the most common boarders were young unmarried men or women with slim financial resources. Boarding and lodging so pervaded American family life (along with the presence of servants and live-in relatives) that throughout the nineteenth century and early twentieth century, use of the term “single-family house”is misleading. In a conservative estimate for those years, one-third to one-half of all urban Americans either boarded or took boarders at some time in their lives”- Paul Groth, Associate Professor of Architecture History, U.C. Berkeley 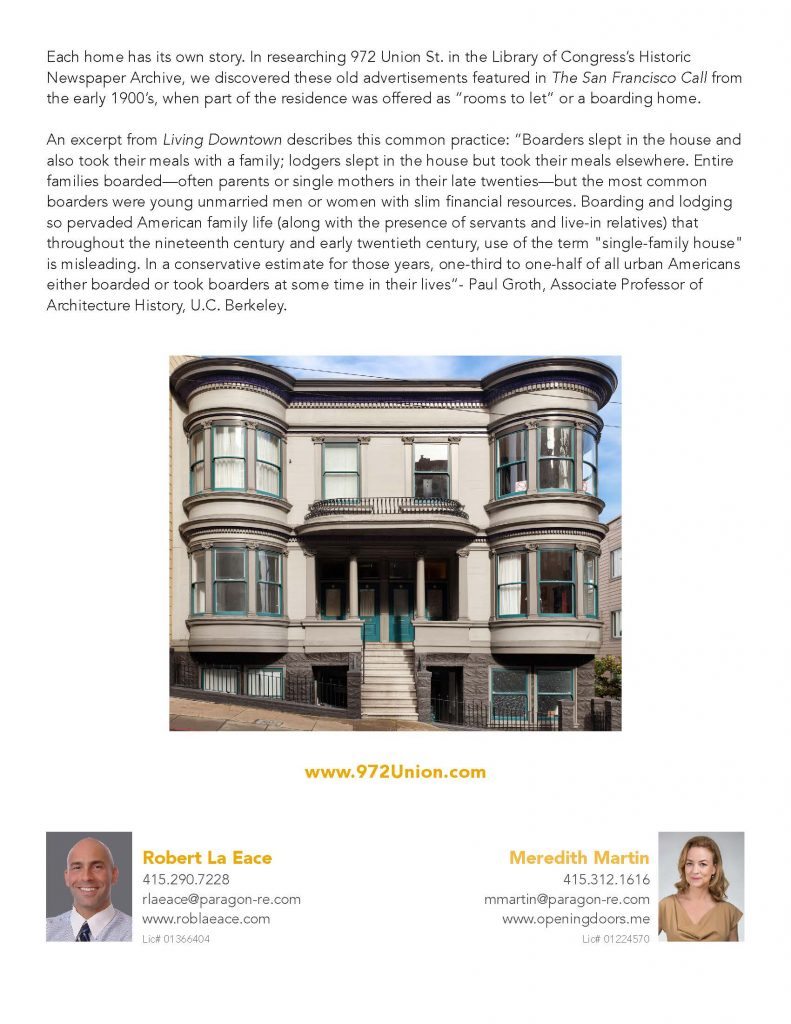 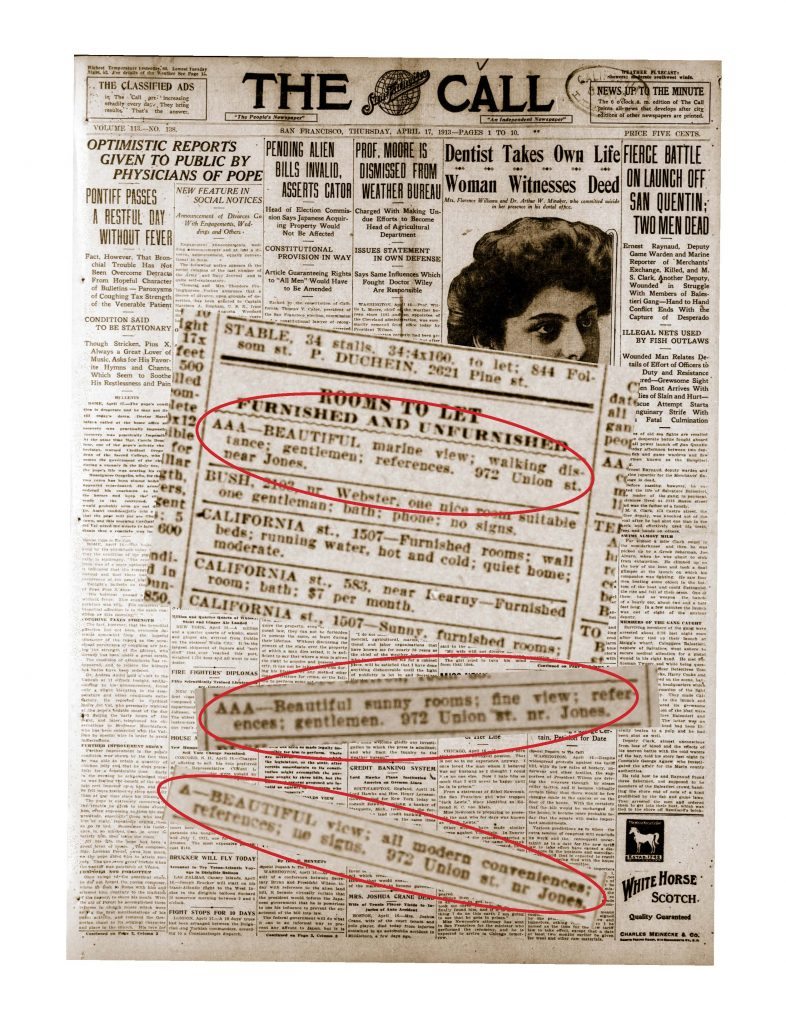 Join today and receive Rob's 29 Essential Tips that Get Homes Sold Fast (And For Top Dollar).

It’s a rare thing these days to meet a San Francisco native. Someone who knows the streets as well as he knows his name.
Read On »